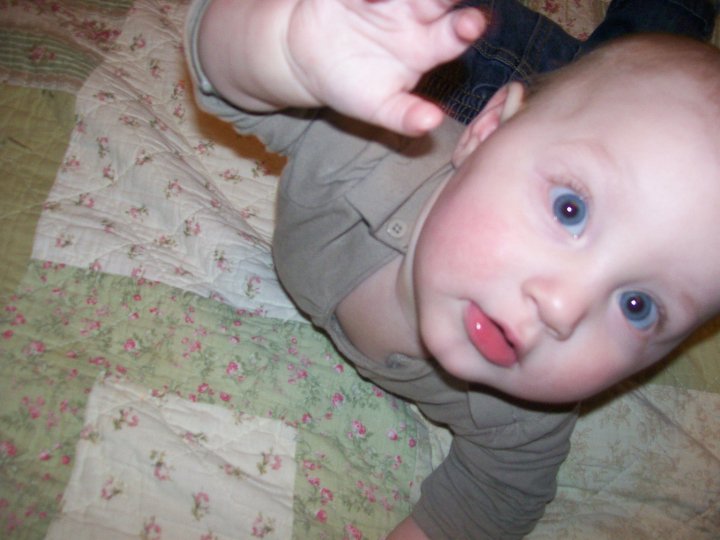 As a baby, my daughter was always on the go. She didn’t like to play by herself, she had a hard time falling a sleep, she didn’t like certain clothes, and her stomach usually bothered her. When she got sick… she was really sick. She was moody, but mostly happy. She didn’t like to be cuddled too much, it was on her terms. But, for the most part she was happy.

She was 11 months old when she started daycare. She was extremely smart. She was the leader of the group, and always in control. The daycare thought this was cute, and let her do as she pleased because she was actually helpful. At this age, she was more advanced than the other children. Her teachers described her as an, “old soul”.

At the age of one I thought that something just wasn’t right. She would randomly cry, throw a huge tantrum if she didn’t have on a cotton shirt or pants, she HATED the car- all things I know now, are sensory issues. I didn’t know that then, and just expected it was just my daughter being … my daughter. She liked comfortable clothes, so what?

From the ages of 2-3 she attended a new daycare.. which she again took on the role of a mini teacher. They praised her for being so mature and helpful, and it made my daughter so proud to help out. Everyone loved her, and all the kids wanted to play with her. At this age, things started to get more intense with her. She was very loud, did not listen well to me or her father, didn’t sleep well, threw lots of tantrums, and was moody. She destroyed her books, so much so, that I had to take all of her books and keep them in my room. She began to be extremely inappropriate. Talking about her bum, showing her bum and laughing (more so than the usual kid stuff). She didn’t care about the consequences, she thought that was funny too. At this age, I really knew something was not right but I was a young parent, 21 years old with my first child, what was normal? Was I expecting too much from my 2-3 year old? Should I be tougher? Softer? Was dad too hard? Maybe this was all my fault! Because guess what? When she wasn’t with me … she didn’t quite act the same. Was this normal? I didn’t know. What is normal when a child is learning and growing and discovering?

When my daughter was between 3-4, things were not going as smoothly. She didn’t sleep much. She would repeat conversations her father and I had late at night. She was aggressive, demanding, still not listening. However, she still had many friends at daycare, and liked going to see her friends. At this point, I made an appointment with our family doctor to discuss my worries about my daughter. We were referred to someone in our doctor’s office who worked for our local children’s hospital. I was so excited that a professional was going to be seeing us- we could finally get some help and guidance with our daughter! I was wrong… our experience was the exact opposite of what I thought it would be. And I was basically told to be a better parent! So, that is what I tried to do… but it still didn’t work. My daughter was the exact same way, and was getting more aggressive and defiant as she grew. At this point, I needed more. So my husband and I were invited to do a program called “Strongest Families”. I did everything I was suppose to do (and more). My daughter would respond to something new (once) and then think it was a joke the next time. We finished the program. I learned a lot, however, my daughter did not respond well to what I was trying to apply. I needed more. I called our local children’s hospital and asked them what else I could do. At this point, there was nothing they could offer me because we were already seeing someone at my doctor’s office and she was from their hospital. However, that person was away- for a long period of time, so because of this- our help and support stopped. We were on our own… doing the best we could. It was extremely difficult. I took my daughter out of daycare because I was also pregnant with our second child at this point, our daughter was 4.5 years old when her sister was born. I thought maybe if I wasn’t working, I could keep her home and spend time with her before the baby, and prepare her better. Also try to apply everything I learned from the program and be consistent. After the birth of my second child, we were told- she’s doing these things for attention, shes a new sister, there have been changes in our family, she was starting school soon. So this is why she was acting out. We were told to go back and do what we tried when we did the Strongest Families program. Duh.. why didn’t I think of that!

So what is normal baby/toddler behavior? Most kids find saying bad words they hear funny. Kids like helping out and being a leader, when there is praise. Kids react differently to change. Some kids just like to be in comfortable clothing. Some kids are strong willed. I knew I didn’t have a “normal” baby/toddler- but no one else could see what I could see. I became her only voice.

Celebrating 12 years 🥰
Taylor decided it was time for a haircut! And they put the sweetest little braid in. 💖
❤️🧡💛💚💙💜
Pey loves her pink hair! Just a little underneath!
Peyton is getting some pink in her hair!! 😅
The girls had so much fun shopping! 🛍🎄